What is the Cloud and How is it Useful?

What is the Cloud and How is it Useful? 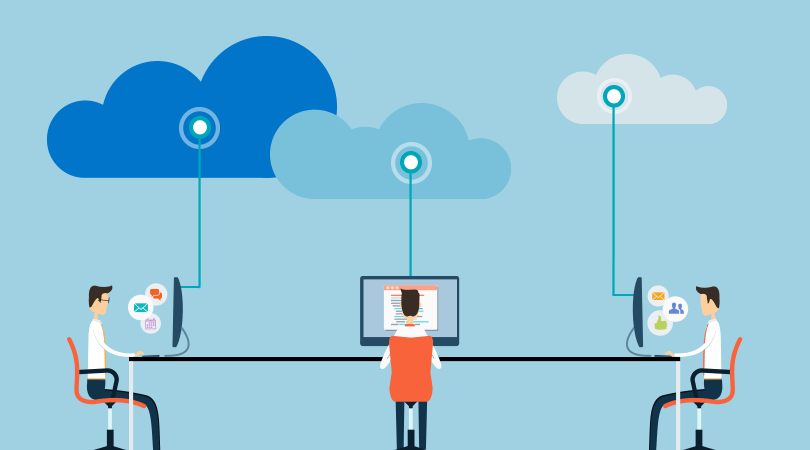 You’ve probably heard of the cloud, you may even have used it, but a lot of people aren’t quite sure of just what it is. The cloud is basically the storing of files and software on a centralised facility over the internet, rather than having them located on individual computers or on a local network. These files and software can then be accessed by users via the internet. The information is stored on large, powerful servers that have the specific role of allowing people access to this information over the net.

This allows people to access and share information with ease, which is particularly useful for large corporations with many staff in different locations. It can also be useful at a much smaller scale. Many people will be familiar with Dropbox, which allows a group of individuals access to centrally stored files. It is when it is used on a larger scale, however, that the benefits of cloud computing really come to the fore.

How is it Beneficial?

On a larger scale, allowing access to files to the right people requires more than just giving a few people access to a Dropbox account from a desktop computer. On a larger scale, specifically made software is required to allow large numbers of people access from multiple locations and from a variety of different platforms. It needs to be able to grant access, and provide functionality for, people that are sat in a computer in the office, to those that are using a mobile device on the road. This software can be costly, and time consuming. On average, around 89% of a company’s IT budget goes on maintaining what they have and providing the required infrastructure. This means that there is not enough left for developing new software, even if the IT staff are capable.

It can also mean already stretched IT departments having to keep on top of who has access and who doesn’t. If the wrong people have access, or the right people don’t, things can become problematic.

When using cloud services, however, the company providing those services are able to dedicate a much larger percentage of their budget on app development. This custom-made software is able to provide all the flexibility the company needs to be able to grant access to different users with ease.

Cloud computing offers more than just the access to apps and documents. With the vast amount of information that is kept in centralised storage, coupled with the cloud software provider’s resources, software is developed that can provide access to analytical data that would otherwise be very difficult to acquire. This allows companies to monitor their operations in much more detail, which could potentially help them to save a considerable amount of money.

Despite the benefits of cloud computing, businesses have been slow to make the transition, for a number of reasons.

One perceived negative over cloud computing is security and reliability. People feel uneasy about having their data in the hands of a 3rd party and have concerns about how safe it is. There can also be a lack of confidence in being able to access it whenever they like. The reality is, though, that their information would be no safer if it were based on their own premises. In fact, security breaches and outages are less common with cloud computing companies than they are with businesses keeping it in house. While instances of security breaches and outages gain a lot of attention when it happens with a cloud computing company, little to nothing is said when it happens to in-house facilities. The reality is that in addition to added flexibility and functionality, your information is also safer with a cloud computing service.

Previous Insight 5 Marketing Trends for 2018Next Insight Why Adopting Digitalization Is Important For Businesses Today?